Urwa Hocane is a Pakistani fashion model, VJ & film actress who made her debut in 2014 with Na Maloom Afraad. To know what she’s up to, below is her social feed:

Congratulations, Lt. Gen Nigar Johar on becoming the first ever female 3-star general of the #PakistanArmy - you do us so proud officer ! 🇵🇰

Happy Birthday Superstar @fahadmustafa26 ! Since our debut film #NaMaloomAfraad, you have shone brighter and bigger than ever before. From being my first hero on screen to a constant source of motivation and support, here’s to many more years of friendship ❤️

. @SaminaKBaig, the first Pakistani woman to scale Mt. Everest has been appointed the Minister for Tourism as part of the caretaker set-up in #GilgitBaltistan. More power to you, Samina - may you scale even greater heights in your new role. Many congratulations! 🇵🇰✌🏻 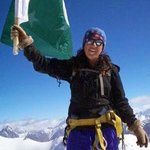 .@VJURWA will be making her debut as a producer with upcoming film ‘Tich Button’ which is about love, friendships & is filled with fun
https://t.co/r039uAD10r 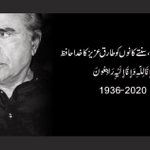 Three week break from Twitter, was a much needed detox as I was so overwhelmed with so much happening in the world . Genuinely was short of words to explain how deeply hurt I was at the loss of kindness & humanity! Had to do this to keep the hopefulness intact in me !

Eid Mubarak!
This year hasn't shown much favour to many of us. This Eid, lets remember the ones that departed in this pandemic & in flight 8303 to be in divine mercy forevermore. Let’s also be grateful for family & health more than ever.
Wishing u all a safe Eid 🌸
Love your way 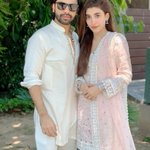 Jumma Mubarak & Ramzan Mubarak ! May we all practice forgiveness & kindness and have a healthy & blessed month !
Sending love on all of you !
🌙✨ 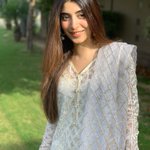 New Local Bodies System To Be Introduced In Punjab