We will never solve all the mysteries out there. Not only will many historical enigmas remain unsolved, but many more will arise in the future. The MH370 Malaysian plane is a good example. With nothing conclusive after weeks of searching, will we ever discover its fate? On this list are some of the world’s lesser-known mysteries, which nonetheless remain impossible to solve.

In 2009, 28-year-old Shanyna Isom was rushed to an emergency room in Memphis, Tennessee after experiencing an asthma attack. The doctors on call treated her with a dose of steroids and sent her home.

Soon after this, Shanyna began experiencing an itching sensation which worsened despite medical treatment. Then, alarmingly, she noticed that her legs were turning black. Doctors became convinced she had a staph infection or some type of eczema-like skin disorder. More treatment was given, but things just went from bad to worse. Scabs were forming all over her body and she was losing weight rapidly.

The doctors in Memphis were dumbfounded, telling Shanyna and her family that she would probably have to live with this strange disease for the rest of her life. Two years later, still looking for answers and a cure, Shanyna visited Johns Hopkins hospital in Baltimore. Specialists there determined that she was suffering from an unknown condition that caused her to produce 12 times the normal number of skin cells in her hair follicles. This was essentially causing her to grow fingernails instead of hair.

Doctors at Johns Hopkins are still trying to figure out the cause of this strange disease. Isom is currently taking 25 different types of medicine but is still no closer to being cured. 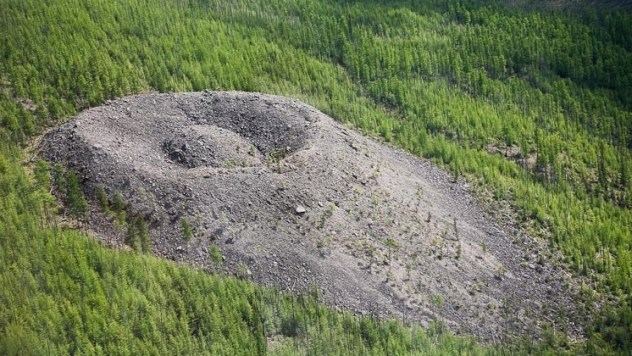 In 1949, geologist Vadim Kolpakov set off on an expedition to Siberia, not realizing that he was about to discover one of the strangest unsolved mysteries in the world: the Patomskiy crater. As Kolpakov traveled deep into almost uncharted territory, the local Yakut people warned him not to go on, explaining that there was an evil place deep in the woods that even the animals avoided. They called it the “Fire Eagle Nest” and claimed that people would start to feel unwell near it—and some would simply disappear without a trace.

A man of science, Kolpakov was not put off by these stories. But even he was at a loss to explain what he found deep in the Siberian forests. A giant crater, the size of “a 25-story building,” reared up out of the trees. Up close it resembled a volcano mouth, but Kolpakov knew that there had been no volcanoes in the area for at least a few million years. This crater looked relatively newly formed—Kolpakov estimated it as around 250 years old, a figure supported by later studies of nearby tree growth. Interestingly, the trees also seemed to have undergone a period of accelerated growth similar to that seen in the forests around Chernobyl.

Since the discovery of the crater, there have been many theories as to what (or who) could have created it. Some people, including Kolpakov, have speculated that it might have been formed by a meteorite, although the crater does not resemble any other known meteorite site. Others are convinced that it was indeed a volcano. Many even think that there is a UFO hidden underneath the crater. In 2005, an expedition was launched in the hopes of finding some answers—but then tragedy struck. The leader of the expedition died of a heart attack just a few kilometers away from the site. The locals were convinced it was the “evil” crater that led to his death. 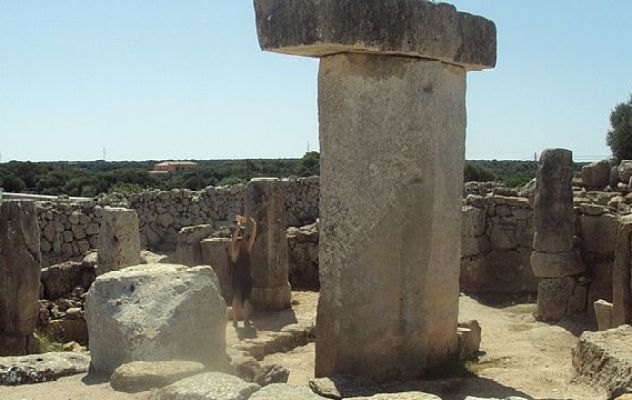 The taulas are ancient megaliths that stand on the Spanish island of Menorca, quite similar in appearance to the more famous Stonehenge. While it is thought that the taulas were erected by the ancient inhabitants of the island at some point after 2000 B.C., there is no concrete evidence as to why the structures were built or why they are found only on Menorca and not on neighboring islands.

Naturally, theories abound. Some believe that the stones symbolized a temple of some sort. Waldemar Fenn, a German archaeologist, has pointed out that the taulas all faced south, leading him to speculate that they were erected as a religious monument to measure the movement of the moon. His theory became known as the Taula Moon Theory.

Unfortunately, Fenn’s theory could only be applied to 12 of the 13 intact taulas. It did not match the megalith found on the northern side of the island. The real reason for the taulas’ construction remains unknown.

In 1690, French traders unexpectedly came across a mysterious settlement in southern Appalachia. They reported that the people there lived in log cabins and had unusual olive skin and facial features reminiscent of Europeans. Since they resembled the North African merchants that the French had done business with in Europe, they assumed they had stumbled on a colony of Moors.

Nothing more was heard of the strange settlers until 1784, when the frontiersman John Sevier visited what would later be known as Hancock County, Tennessee. Sevier discovered a colony of people he described as having European features and dark skin. Although the settlers themselves claimed to be Portuguese, Sevier apparently did not believe them, also concluding that they were Moors.

By the 1800s, the mysterious settlers had spread out from Tennessee into isolated areas of Virginia and Kentucky. Neighboring communities called them the Melungeons and took every opportunity to degrade and discriminate against them. Appalachian mothers would scare their children with tales of the dark people in the mountains.

The origins of the Melungeons remain unknown. The most common theory is that they are a mixture of white, black, and Native American ancestors. Others have suggested that they are the descendants of the Lost Colony of Roanoke, shipwrecked Portuguese sailors, ancient Phoenician settlers, or even one of the Lost Tribes of Israel. The official census records have varied wildly, labeling the Melungeons as white, Portuguese, Native American, or “mulatto” at different points in history.

In 1999, new evidence emerged that the Melungeons may have been among the earliest Old World settlers in North America. According to Dr. Brent Kennedy, of Virginia’s Wise College, the Melungeons may be the descendants of Ottoman Turks, brought to the new world as servants and abandoned in the area by Sir Francis Drake after he captured them from the Spanish. The term “Melungeon” may have come from “Melunn-Jinn,” Arabic for a cursed soul abandoned by God. Since this is still just a theory, the origins of the Melungeon people remain a mystery. 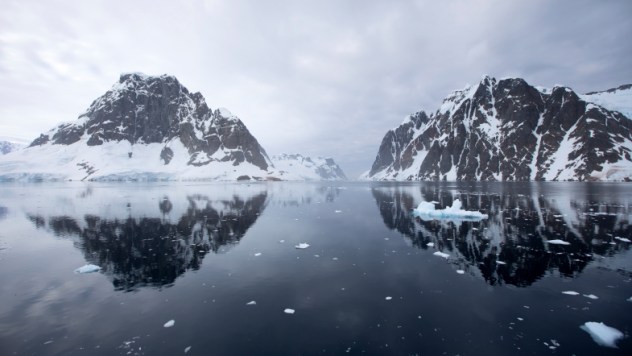 Lying deep in the South Atlantic, Bouvet Island has been described as among the most isolated places on Earth. The nearest land mass is Antarctica, more than 1,700 kilometers (1,100 mi) further south. No has ever inhabited the island and since plant life is unsustainable there, it is likely that no one ever will. Yet when a British expedition arrived from South Africa in 1964, they discovered an abandoned lifeboat in a lagoon on the island. Not far from the boat were oars, wood, a drum, and a copper tank. The boat was in a good condition, but the expedition party could find no trace of any passengers. The boat had no identifiable marks on it and therefore could not be traced back to any nation or shipping company.

Even more strangely, when another expedition was sent to Bouvet Island two years later, the lifeboat had vanished. All of the other objects found near it had also disappeared. To date no one knows how the boat got there—or what happened to the people that were there. 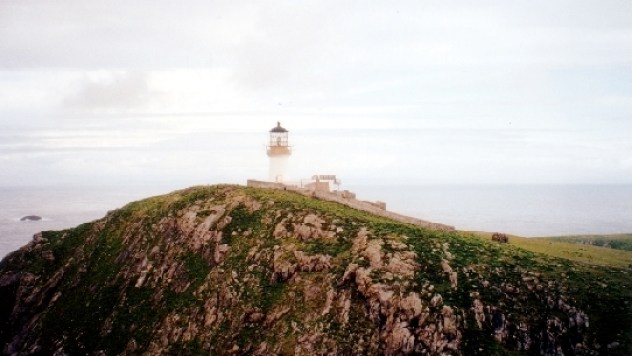 In 1900, the only living souls on the Scottish island of Eilean Mor were three lighthouse keepers, alone in the vast ocean.

As he climbed the narrow, rocky stairs leading up to the lighthouse, Moore recalled being struck with a sense of nameless dread. As he neared the door, he saw that it was unlocked. Stepping carefully inside, he also noticed that two of the three waterproof jackets usually kept in the hall were missing. Reaching the kitchen, he found the remains of a meal and a chair lying on the floor. The clock in the kitchen had stopped working. The lighthouse keepers were nowhere to be seen.

A further investigation revealed the disturbing final entries in the lighthouse log. The entry for December 12 was written by a keeper named Thomas Marshall. In it, Marshall claimed the island had been struck by severe winds, worse than anything he had experienced in his career. Even though the lighthouse was solid enough to outlast any storm, Marshall wrote that the Principal Keeper, James Ducat, was very quiet. The third keeper, William McArthur, was an experienced sailor and a famously tough tavern brawler. The log entry ended by noting that he had been crying.

Further entries recorded that the storm continued to rage for a few days. Secure in their lighthouse, the three men had nonetheless begun praying. The last entry stated: “Storm ended, sea calm. God is over all.”

Though the lighthouse was visible from the nearby island of Lewis, no storms were reported in the Eilean Mor area during the days noted in the log entry.

Sacred Games To Be Censored Or Not?

Role of Religion in Society

Things Every Guy Hates About Girls Which Spoil Relationships